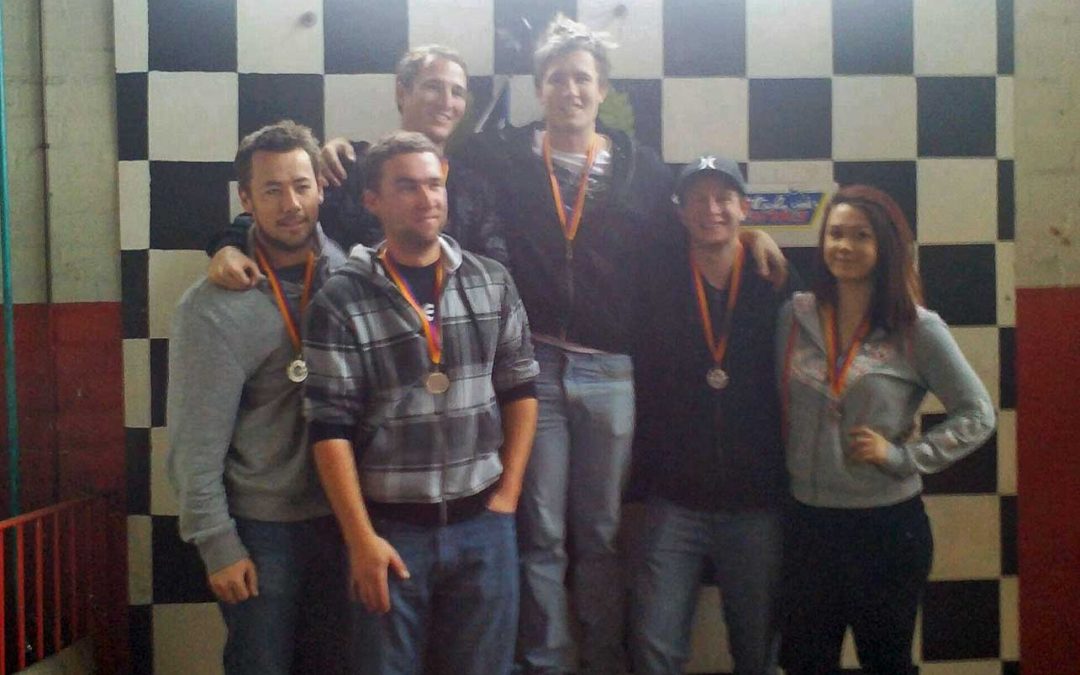 The Go-Karting Championship was held at Deacon Avenue, Richmond on 9 June. The event saw 20 participants battle it off for bragging rights. The event was marred by controversy when it came to light after the race that the declared winners had in fact broken track rules with laps per driver and bribed officials to avoid a penalty. The runners-up were narrowly beaten on the last lap which saw Chris and Gaffo take the checkered flag.